The Kids are NOT Alright! The Truth about The Federal Debt and Intergenerational Equity 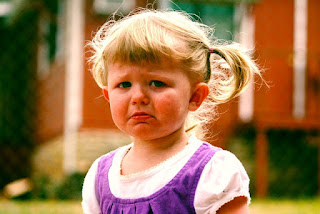 Is the Federal Debt a Total Nothingburger?    These are the things that should be measured and managed. (It's not what you think.)

"AAAaaaaaahhhhh!!!!!  Zimbabweee!!!!!!!  Weimer Republicccc!!!!!!  Wheelbarrows full of Cashhhhh!!!!"  We're hearing the cries all over again.  The scaremongering over the Federal Debt and its potential for leading to hyperinflation.  What the Nervous Nellies don't elaborate on is a credible scenario outlining what exactly will go wrong.  Four FACTS need to be spelled out and understood:

1)  The US government is unlike a:
a. state,
b. municipality,
c. business, or
d. household,
in that it can issue its own currency.

2)  A sovereign (Treasury combined with the Federal Reserve Bank), like the US, that:
a. issues,
b. borrows in, and
c. floats
its own currency, can NEVER run out of cash.

3)  The sovereign, like the US, can:
a. issue currency to spend and buy anything the economy produces,
b. up to the productive capacity of the economy (adjusted for turnover/velocity),
c. without creating inflation.  and

4)   The US government debt is not a problem in any way shape or form. In fact, it can be repaid tomorrow without a negative repercussion. That would simply involve replacing government bonds with deposits at the Federal Reserve Bank with similar interest and maturities. The similar or even better risk/reward terms assure no change in investor savings/spending preference or desire to hold dollars.  Not recommending this course of action, just pointing out that it is possible.

Even professional economists have trouble with these assertions.  Why?  Because they are trained to look at the economy through a certain lens, and the world changed in 1971 and 1973 and the profession didn't update its lens prescription.

What About the Kids ?!

One major fear that the Nervous Nellies try to impose on us is the maternal/paternal instinct to not burden future generations with the debt of our profligacy.  The truth is just the opposite.  The best gift we can give our great grandsons and daughters is an economy with large base of wealth populated by highly skilled, working people adding to the goods and services produced and to the productive capacity of the economy.

"But what about the Federal Debt????!!!!  Our kids will have to be taxed and burdened just to make the interest payments???? AAAaaaahhhh!!!!!"
Here's the way to look at this.  Think of 2 scenarios:

B)  Democratic Socialist World - pretty much where the US and the rest of the developed world is now (or should be).  Big Federal Debt, Private Debt, Reserve Deposits, and Money Supply.  The big Federal Debt has been accumulated partially through the implementation of a Job Gty as part of a Full Employment Fiscal Policy (see: http://mmt-inbulletpoints.blogspot.com/2017/09/im-just-responding-to-various-economic.html ).

Wealth and Having your Pie and Eating It Too

In analyzing the 2 scenarios it’s important to understand a few points:

-          What is Wealth?  I would define it as all of the valuable assets of the economy: useful developed land, buildings, machinery and equipment, inventory, useful stuff the kids can consume, and knowledgeable and skilled people who can produce more desirable stuff.   It's the Pie.  I would surmise that the pool of wealth would be larger in Democratic Socialist World since although Austrians/Conservatives/Monetarists deny the existence of unemployment in an economy with no minimum wage, the truth is, it exists, and represents a massive wasted resource and lack of production and productive capacity.  All these additional people working producing goods and services (ZERO unemployment) in Democratic Socialist World results in a larger pie.

-        The effect that "Stakes" have on the pool of wealth.  Other than direct and equity owners, who holds these stakes?  Holders of:  Debt (Federal and Private), Reserve Deposits, Bank Deposits, and Other Money) These holders have ZERO effect on the pool of wealth.  Let that sink in.  "What???  How can this be?  It has to be paid off!!!!!!!!"  Well yes and no.  Think of it this way:  First of all, the Federal Debt is interchangeable with Federal Reserve Deposits, and the Fed certainly has no problem having its deposits redeemed. (Would you worry about your Visa bill if you had a printing press in your basement.)  Second, it matters who has to pay on the stakes and who holds them.  (And in any event, you have to finish your stake before you can eat the pie ;> )

In Austrian World, who owns the Wealth?  Rich folk.  The owners of the property. (I'd like to own the aircraft carrier!)

In Democratic Socialist World, who owns the property?  Rich folk.  BUT!  Other liability classes have a larger stake in it - directly or indirectly:

"The POOR, POOR rich folk!  They have to share the ownership of the Wealth with the other stakeholders!   Aaaahhhhh!!!!!!"  But wait!  Who are these stakeholders?  Who owns the Federal Debt Securities?  The Banks? and the Deposits and Money?  Oh Yea.  Rich folk.  We do.  (Well some of us.)  Just like in Austrian world.  It’s the same folk!  So what's the diff?

The important thing is the size and the quality of the Pool of Wealth or the Pie.

That's the point.  Most of us and our grandkids are born into this world helpless and naked.  Hopefully by the time they turn 21 they are ready for some work and a desire to get a Piece of the Pie.  So they work at a competitive wage and get their share - under both Austrian and Democratic Socialist Worlds.

QUESTION: Do they care who owns the Pie?  Do they care who has a stake in the Pie? If the pie they are buying with their labor has liens on it and the original owner and the second lien holder is getting wiped out?  Of course not.  They care about what they are getting for their labor.  PERIOD.  Would they care if some of the Federal Debt Securities or Private Debt are held by a Norwegian Sovereign Wealth Fund or German or Chinese industrialist?  I would argue - no.  (I worked for a European company in the US for many years.  The visiting managers from the home office were very nice - and liked to get drunk at lunch time.)  If you were buying a piece of machinery at an auction, do you really care about who got the proceeds of the sale - the owners, the banks, the trade creditors, the lawyers?  Probably not.  You care about how much you are paying and if it’s a good deal for your purposes.  And that's how our grandkids will think.

Foreign holders of both the ownership and stakes do create a complication.  They have a claim on the wealth and the output.  "Aaaahhhh!!!  Working as slaves for the Chinese!"  (Have you seen the Amazon Prime series: “The Man in the High Castle”?   I recommend it.)  But again: So?  Does our 21-year-old really care if he or she has to work for the Germans or the rich guy 2 towns over.  I don't think they care.  And if the domestic output is being exported, does our 21-year-old care?  Probably not.  He has dollars and can buy imported products since the exported goods are earning foreign currency- giving the dollar added foreign exchange value, or his elders will sense the opportunity and set up a domestic company to produce for the youngins' consumption.

"But what about inflation?"  What about it?  Why would you have inflation if the pie of goods and services has increased. And it’s important to remember that inflation is too much money CHASING too few goods.  So more money produced does not necessarily result in a devaluing currency (See: Multi Trillion Dollar QE and minimal inflation in the last 10 years.)  Would you have more inflation in Democratic Socialist World compared to Austrian World.  Probably.  Austrian World would probably be blessed/cursed with deflation based on fixed currency amount offset by growing productivity and population growth.  (I would really look forward to the monthly meetings with my boss to negotiate my wage decreases.)  But inflation can easily be controlled in Democratic Socialist World - only if needed -  through across-the-board, temporary, and equitable taxes (income, sales/VAT, and asset value).

If all the stakeholders decided to also get a piece of the pie at the same time, true, the price may rise, but why would that happen?  And if it does, a general inflation would ensue, including wages as the value of labor output rises corresponding to the wealth inflation (since the ratio of a unit of labor equaling a unit of wealth does not change).  So no real dilution occurs.  Rich folk retain their share of the Pie either through direct ownership or through a stake.  (I'll take mine medium-rare please.)

Whose Watching the Kids??

a)   Unemployment - as in keep it at ZERO at all times, and
b)   Inflation - as in measure monthly and keep it at a low manageable and comfortable level at all times.  (3% to 4%?)

So, will the kids be alright?    It depends.  In Austrian world they may grow up in a dystopian world with very high unemployment, no minimum wage, little education except for the wealthy, and wealth inequality fitting for a dog-eat-dog feudal monarchy. (See: Game of Thrones)   In Democratic Socialist World they will join a world with a larger pool of wealth, ZERO unemployment, plenty of public goods and services, and a highly trained and motivated work force.  And no huge burden of debt.  (Unless they are the grandkids of the rich folk. "Aaaaaaahhhh!!!!") 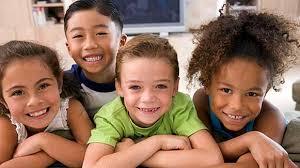 DoDeals
DoDeals is a Managing Director of a regional capital advisory firm and is involved in assisting middle market companies raise the financing they need to execute on their business plans. The Pup prefers to remain anonymous, has an MBA in Finance, a CPA, and considers itself an expert in "following the money".